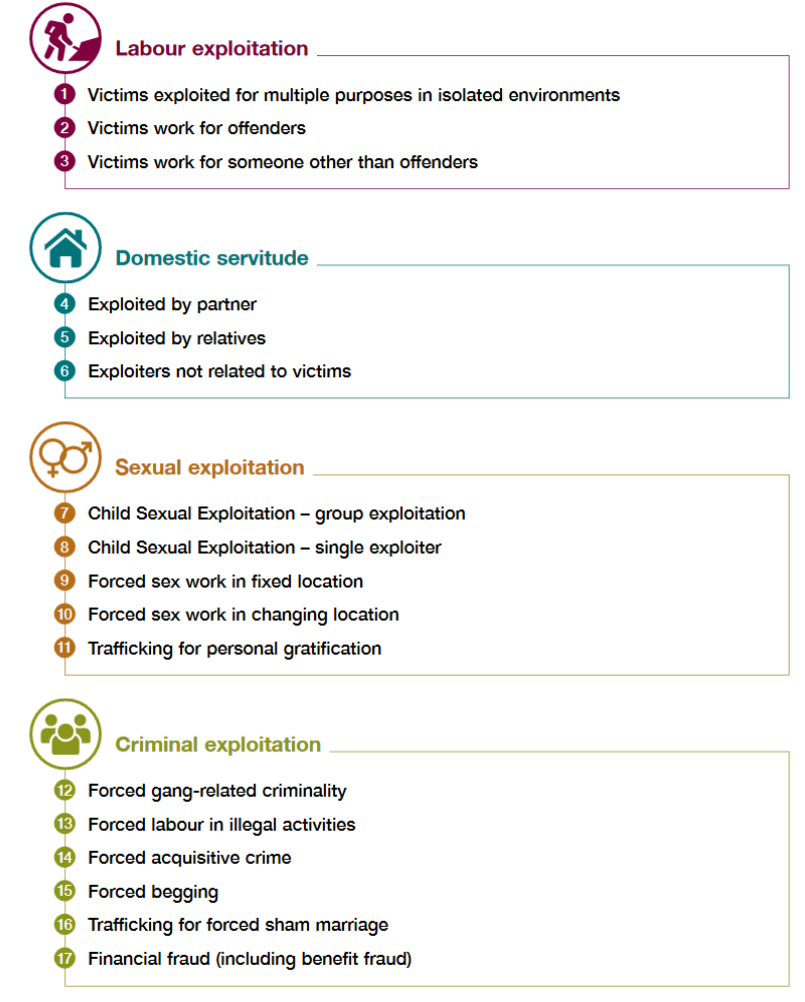 Modern slavery is an umbrella term that encompasses the offences of human trafficking and slavery, servitude, forced or compulsory labour, as set out in the different anti‑slavery legislation in place in the four UK countries (England, Wales, Scotland and Northern Ireland). Modern slavery frequently involves multiple victims, offenders and places, and it is often hidden and involves or takes place alongside a wide range of abuses and other criminal offences.

The Home Office has devised a new typology of modern slavery offences to improve our understanding of the different ways that modern slavery manifests in the UK and to inform tailored policy and operational responses.

The typology is based on analysis of detailed data on 328 confirmed cases of modern slavery in the UK. As modern slavery is often a hidden crime, these data sources are partial and only cover modern slavery that has come to the attention of the authorities.

They have identified 17 types of modern slavery offences in the UK and set out the characteristics of the victims, offenders and offences involved for each type. In
particular they looked for how members of law enforcement, other statutory agencies, NGOs and communities may recognise the exploitation and tackle the different manifestations of the crime.

Read their full report to find out more.

This site uses Akismet to reduce spam. Learn how your comment data is processed.